I thought I’d dig up my corner where most of these live and see: yep, I have a lot of books to read. This doesn’t count the couple at my work (where I do most of my reading), or the few ebooks I keep swearing I’ll get around to eventually. I have higher opinions of most of these, which is why I keep putting them aside for bad angel books I dig out of the trash. This pile also doesn’t count that for a few books, I actually have more books in the series… Most of these are thrift shop finds.

I thought for a fun game I’d sum up what every book is and how I’ll probably feel about it.

END_OF_DOCUMENT_TOKEN_TO_BE_REPLACED

This is a book where the evil love interest takes over 200 pages to show up, acts not at all as a friend or temptation, plans to rape the main character, and then is sent to Hell. It’s a 500 page long book where that is the only conflict. It’s a very anti-goth story (I’m offended) with a character who goes through the same pages long internal crises every chapter. I hate this book.

END_OF_DOCUMENT_TOKEN_TO_BE_REPLACED

I thrift-shop trawl at least once a week, usually on my way to work in the morning, and to my surprise I found two new angel books two days in a row- Angel and Halo (next to read). After pretending I didn’t have literally 15+ physical books in my to-read pile, I bought them and promptly joked with my friends. I have two new bad angel books to read, I said. Ha, won’t these chunky monstrosities hurt me? What sort of fun, silly reviews can I concoct? You know, the normal things.

Problem: I loved this book. Quite early on I realized this book is not what it looks like- or, uh, feels like? What at base glance seems like every other YA para-ro where the girl has secret powers and the guy is so gorgeous is actually one of the best angel books I’ve ever read. This book inspired me. I thought about this book. I think I can’t wait to pick up the rest of the trilogy. I’m serious- the bar might be low, but Angel inexplicably sores.

END_OF_DOCUMENT_TOKEN_TO_BE_REPLACED

You might assume by my bewilderment, the title, and the star rating this is a particularly surreal book. It isn’t. It’s not the weirdest thing I’ve read by a long shot. It’s just… inexplicable in the wrong ways. The sort of boring ways.

Indigara is… something. What brings me to my head-scratching rating is that I can’t quite parse the end of it- the ending offers no ‘wrap up’ to anything in the story. It’s unclear if there is a message or thesis to the tale, despite having an otherwise simple plot arc. This is a middle grade book and a portal fantasy, ultimately, yet the ending is confusingly downtrodden. I can’t figure what the point of this book is.

Yes, you can argue many books do not have a ‘point’ or ‘thesis’ or whatever nonsense I’m rambling about, but there’s usually more of an end to them, a sort of conclusion. Hell knows what this book is saying. If you don’t take your robot dog for routine maintenance it will dream of adventure? It’s not creepy for 16 year olds to date 50 year olds? Your life will be full of disappointment and missed opportunities, deal with it?

END_OF_DOCUMENT_TOKEN_TO_BE_REPLACED

Quite often I find that I read a book and don’t know what to say. I mean, I guess I have a few thoughts- but not enough I feel the need to write a review. While I endeavor to do a review whenever possible in order to provide content for this blog, I often don’t feel I have enough material to do a long review.

However, sometimes these are books I might have reviewed book one of, or really enjoyed, so I thought I’d start doing an occasional roundup.

I made a quite note when I read the first book of this, but I’ve since finished the trilogy. These are top tier books and Stroud is a high class writer. The world building is supreme, with bits of humor and horror mixed in. Great characters and a somehow perfectly plot arc across each book and the series. I’d been recommend this book for so long, and even though I read it as an adult it feels like a prized piece of childhood. 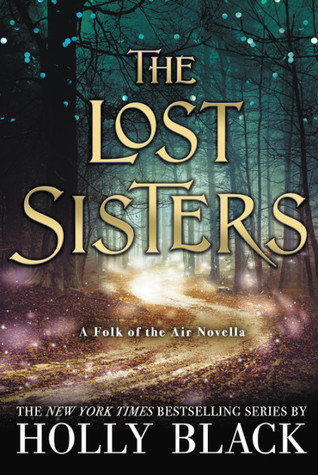 Taryn gets no respect from Cruel Prince fans. It’s disgusting. She deserves so much more attention and thought as a character, and this little book helps that. It also highlights how bad Carden was in CR 1! 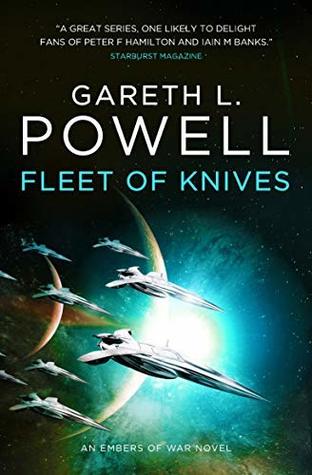 The sequel to Embers of War, which I covered on this blog. It’s a great series and this is a installment in it. Can easily be appreciated by people who aren’t space or space opera fans, since the characters at the heart of it are so powerful (most notably the sentient spaceship).

SJM’s piss poor worldbuilding and writing collide with a boring character everyone else in the book worships to death, and the worst, worst gender roles and concepts known. Readers beware: don’t pick up her books. 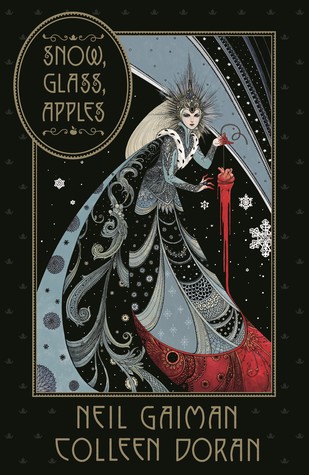 The art in this graphic novel is gorgeous. I wouldn’t say the story is top tier, but I rarely see graphic novels where the story is fantastic anyways. Really pretty story of Snow White, but she’s the evil one. 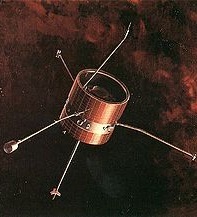 This is a web… comic? Experience? Book? and it’s top tier. It’s probably readable in an hour or two and I highly recommend it. In between absurd comedy about football observed by newly sentient satellites is a strange, yearning far future Earth where no one can die and nothing can change. It makes you think, and makes you sad or not sad. Certainly something. 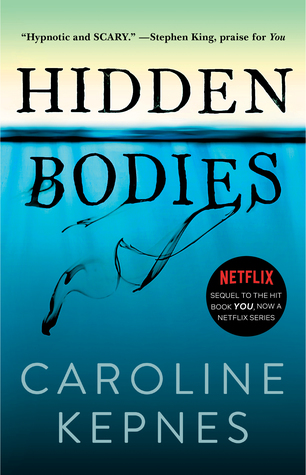 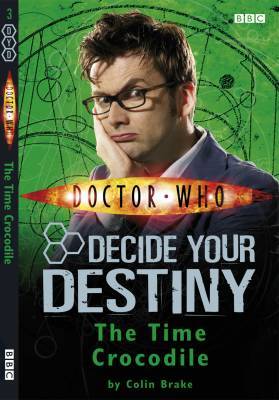 This is such a weird choose your own adventure. I don’t think I recoomend it. It’s very short, and you can’t make any choices that really matter since it’s impossible to die. Of the choices you can make, most are nonsense like stepping out of the Tardis first or saying do or don’t have school tomorrow- small things which just determine which path you’re on for which ending. The plot itself involves a crocodile who can travel through time, which is pretty sick. The crocodile is either a crocodile, an alien shapeshifter, an alien transformed into a shapeshifter, or a robot. I love the time crocodile- his name is Tim. E. Crocodile. This book is Doctor Who canon. 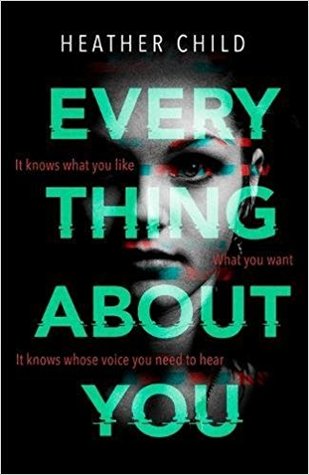 Everything About You, Heather Child: ★★★☆☆

This is a near future book that fits right in with Black Mirror. The best thing about it is the world and the technology, all of which is very imaginable. There’s creepy trends in AI and advertising and how the world has changed and yet not changed at all, and that’s fascinating. There’s also a great thesis in here about how we present ourselves online, and what our ‘data self’ is compared to our ‘real self’. The ideas are great, but the plot itself is a bit of a let down and more scattered than I’d like. I’d still recommend this book if it seems interesting though. 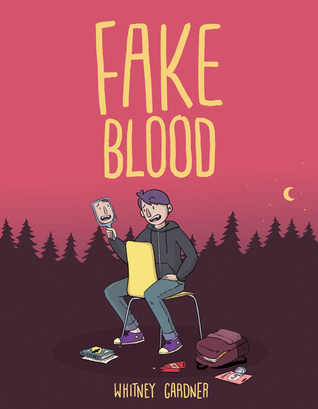 Probably the best graphic novel I’ve ever read to be honest. This is a middle grade story about a boy who pretends to be a vampire so a girl he likes will pay attention to him, but she’s actually a vampire hunter. Also their teacher is a real vampire, and I have a crush on him? Really funny, heartwarming, cute, weird, everything. 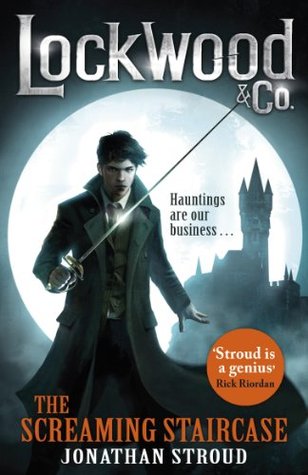 Stroud is a fantastic writer, especially of creepy, spooky things. I loved the tone and world around this, but it’s a pretty slow start and long book, with a slightly disconnected plotline. Still, I expect I’ll be reading the rest of the series soon-ish.

I have a small confession to make: I went on vacation the day after finishing this book, and am only writing this review now. While I take a few notes, much of my reviewing is done on pure inertia, and in the last two weeks I’ve forgotten almost every detail of this book.

Rather than chide my memory, I’m going to make a point: Awaken is such a non-event I’m not confident there was anything for me to remember in the first place. Book three of a trilogy, it delivers on the typical era thoroughfare- a long fight at the end, happy ever after endings, obligatory promise of marriage and children- and contains little else. There’s a bit about a Greek god possessing a family line and how his give away is based on polo shirts, but that’s about it.

END_OF_DOCUMENT_TOKEN_TO_BE_REPLACED

It’s been a while since I read Abandon, the first book in this afterlife para-romance vaguely based on the Hades/Persephone myth. At the time my library didn’t have either of the next two books, and I was happy to move on from the series. While I actually gave Abandon a high rating (3 stars), that was mostly because Meg Cabot is a strong writer of teen contemporary, and I enjoyed her style enough that the troubling aspects of the romance weren’t so bad.

That changes, hard left, in this book. For one, it’s a slog to wade through, with almost nothing happening and a climax so poorly defined… well, I’m not sure it counts as a climax. Cabot had me feeling for the characters last time, and the strong voice of the narrator, but this book is absent of humor or heart. It is a heartless, boring story of false information, lying, unsubstantiated threats, and bewildering magic.

Perhaps the largest threat to the sanctity of my sanity (and this book having any redeeming factors) is the romance. I’ve read through quite a lot of bad romances in my time in the 2010s para-ro bubble, but John takes the cake of creeps. He displays in this book inhumane levels of skeevy, controlling behavior- from shouting to lying to manipulating Pierce into thinking she’s in the wrong. This is textbook one of the most abusive relationships I’ve ever seen being treated like it’s okay.

END_OF_DOCUMENT_TOKEN_TO_BE_REPLACED

Books are my enemy, and I am sworn to stare them down with fierce, tired eyes.